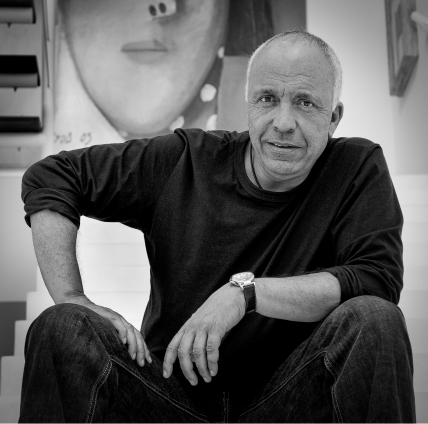 Gustavo Machado Rosa entered the world in São Paulo at 7:38 a.m., December 20, 1946 at the Maternidade Pró-Matre hospital in the heart of Av. Paulista. As he stated years later, he was born drawing. His mother, Cecilia de Paula Machado Netto, remembered when he was around three years old, facedown on the floor drawing compulsively on pads of paper, when he wasn’t doing it on the walls or in school notebooks—pages that overflowed with scenes and figures that the boy saw around him.


In 1964 he went on to attend the free drawing and painting course at the Armando Alvares Penteado-FAAP Foundation, taught by fine artist Teresa Nazar — along with Rubens Gerchman, Antônio Dias, Hélio Oiticica and Carlos Vergara — a pioneer painter of Pop Art in BrazilIn these classes/workshops, Gustavo learned composition, framing, the use of color, and in particular, was instructed in the basic concepts of understanding and depicting the human body, provided by classes with live models. Impressed with the progress and quality of the works Gustavo produced, Teresa Nazar chose four of them to be exhibited in 1964 at the FAAP First Annual Fine Arts Exhibition held at MAB—the Brazilian Art Museum—his first public exhibition, which would mark the beginning of nearly five decades of his artistic career: 1964-2013. Also participating in this show were Luisa Strina, Selma Garrido and, among others, Lívio Augusto Malzone.


In 1969 he participated in his first group exhibition in an art gallery, next to works of Walter Levy, Dirce Pires and Décio Escobar. It was at the former Vice-Rey Gallery. Di Cavalcanti visited the show, and after looking at Gustavo’s paintings, commented: "This young man has a very nice touch." Emiliano Di Cavalcanti’s comment was a great incentive for the novice artist. From there, Gustavo established an affection for him, at first respectful, but which over the years turned into a genuine friendship that lasted until the death of the precursor of modernism in Brazil.


In 1979, with the support of Alfredo Volpi, he made a new change that was not only thematic but also particularly technical. He replaced oil paint with egg tempera, learning patiently with the master, who gave him the "recipe" for how to prepare it and use it artistically. Presented at the Documenta Gallery, this new technical phase was highly praised, and the exposition was included among the best shows of that year.

In addition to tempera with Volpi and metal engraving, taught by the American engraver Rudy Pozzatti in a special course at FAAP he incorporated collage, which was resized and used in his work until the end of his life. Without ever forgetting or abolishing image representation from his work, in 1981 he developed a still life theme for the first time as an offshoot of his ongoing figurative theme. The incorporation of this theme produced a number of timeless paintings. At this phase, the compositional influence of Cézanne and the coloristic influence of Matisse became evident. He then conceived his series, "The Bathers," picking up a classic theme from art history, masterfully reinterpreted in the late nineteenth century and early twentieth century by Georges Seurat, Pierre-Auguste Renoir, Paul Cezanne, Henri Matisse and, Pablo Picasso, among others. Unlike these great masters—his idols—Gustavo humorously updated the theme, his intention based on the thoughts of the great writer George Orwell: "Whatever is funny is subversive," a motto Gustavo Rosa always followed.


The 1980s established his career. The top art critics in Brazil chose him, awarded him, and recommended him for major art shows: "Panoramas of Current Brazilian Art" at the Museum of Modern Art in São Paulo, "The Brazil-Japan Exhibition," "The Funarte National Hall of Fine Arts," "The Paulista Hall of Contemporary Art," and the exhibition "The Intrigue of Taste,” held by the São Paulo Biennial Foundation in 1987. In addition to large group exhibitions, Gustavo had solo exhibitions in New York, Los Angeles, Rio de Janeiro, Porto Alegre, and celebrated his "20 Years of Painting" at the Bonfiglioli Gallery in São Paulo in 1985.

The 1990s consolidated his work. Gustavo exhibited again in the United States, at the International Museum of 20th Century Arts in Los Angeles, in Egremont, Massachusetts, and in Miami at the Collection Gallery; in Spain, in Barcelona at the Museo Del Barca and Studio La Secca and in Brazil, in 1992, the Modern Art Museum of Rio de Janeiro participated in ECO-ART, an exhibition parallel to the global event ECO 92.

Check the selection of works of this artist 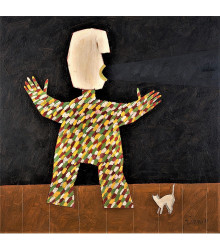 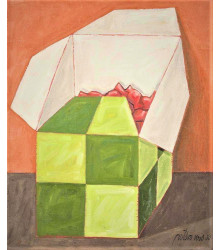 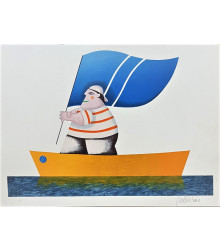 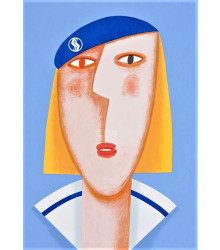 I have read and accept
Shopping Cart
Total: $0.00
View Cart
Checkout
You can't add physical and digital products in the same shopping bag. Make more than one order and get the products of your choice!

The sale of alcoholic beverages is prohibited for persons under 18 years of age.